Revitalization of a Soft Rock Classic

Album/Single: Music Live From The Pen Gala 1983 Song: Right Down The Line Artist: Local Natives Genre: #softrock #indierock #yachtrock Label: Loma Vista Recordings, Distributed by Concord Description: This single by Local Natives is a cover of the extremely popular Gerry Rafferty song, "Right Down The Line". A song that is one of my personal favorites and Local Natives knocked this cover out of the park. I am usually someone who likes covers to sound exactly like the original
1 view0 comments

Album/Single: Nothing's Ever Gonna Be Good Enough Artist: Miles Kane (Featuring Corinne Bailey Rae) Genre: #indie #indierock #indiepop Label: BMG Rights Management (UK) Limited Description: This single consists of four songs. Only one of the songs is new but the previous three singles that have been released appear on this single as well. First track is the title track. The song is upbeat with clear percussion, keys, and horns that give it a nice Winter feel. Not holiday musi
1 view0 comments
Abigail Power

'Nothing but Ringo' - Helvetia

Album: Nothing but Ringo Artist: Helvetia Genre: #alt #indie #rock Sub-Genres: #artrock #indierock #experimental Label: Jason Albertini Description: Formed in 2005, the group Helvetia is quite recognizably the product of Jason Albertini leaving similar slowcore band Duster. This EP was recorded on an iPhone and then recorded onto cassette, leaving a submerged and foggy DIY-esque audio experience that is honestly fitting for the experimental genre. This collection of tracks ve
11 views0 comments
John Konrad
Music

I Don't Live Here Anymore by The War on Drugs

Life in Your Glass World - Citizen

Album: Mommy Don't Spank Me: Preview Artist: The Drums Genre: #Alternative #Indie #surfrock Sub-Genres: #indierock #newwave #indiepop Label: Moshi Moshi Records Non-Airable Tracks: N/A ​ Description: ​ In social settings when there seems to be nothing to set the tone, never fear because The Drums are here. The Drums are an indie rock fan favorite, so it is no surprise that there is much anticipation for their b-sides edition to a number of their classic songs. The album 'Momm
65 views0 comments

Single: Trophy Artist: Crumb Genre: #Alternative #Indie #indierock Sub-Genres: #dreampop #neopsychadelic Label: Crumb Records Non-Airable Tracks: N/A ​ Description Crumb is a band like no other. In each song released, one is able to feel equally relaxed, yet waiting for the next sonic climax to come to the forefront. Their latest single 'Trophy' is no exception to these musical anomalies. 'Trophy' is a track essentially about nihilism. Not having expectations or goals is the
17 views0 comments 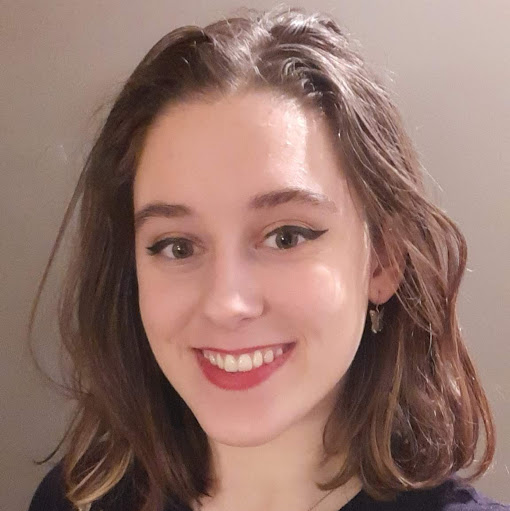 At the Moonbase by Slaughter Beach, Dog-Review

Album: At the Moonbase Artist: Slaughter Beach, Dog Genre: #Alternative #Indie #Indierock Sub-Genres: #Emo #folkpunk Label: Lame-O Records Non-Airable Tracks: My Girl ​ Description: At the Moonbase is the fourth studio album by Philadelphia indie rock outfit Slaughter Beach, Dog, a project fronted by Jake Ewald of Modern Baseball. Having loved the group’s previous release Safe and Also No Fear, I was eager to give this new record a listen. I am certainly glad I did; it has be
186 views0 comments

From Heartbreak to Self-Confidence
35 views0 comments

Album: The Prettiest Curse Artist: Hinds Genre: #Spanish #IndieRock Sub-Genres: #lofi, #garagerock Label: Mom+Pop Description: The latest tune from the Madrid-based all female quartet Hinds does not disappoint. This song is the start of a new era for the group. It brings together their classic indie/punk sound with some modern tech and effects while still feeling intimate and thoughtful. The song has a light, upbeat sense to it but the lyrics describe a rough end to a relatio
9 views0 comments

Album: Single Artist: The Snuts Genre: #Alternative Sub-Genres: #Indierock #Bluesrock Label: Parlophone Records Non-Airable Tracks: N/A Description: Despite having never come out with a full album, The Snuts have been successful with releasing singles and EPs that are instant hits. Juan Belmonte is no different from this chain of music the band continues to produce. The beginning of the song introduces itself with a catchy hook that sets itself up well for the rest of the son
1 view0 comments

Spoon- Inside Out (Demo)

Album: (Single)- Inside Out (Demo) Artist: Spoon Genre: #Alternative Sub-Genres: #IndieRock, #IndiePop, #ExperimentalRock Label: Matador Records Non-Airable Tracks: None Description: Spoon has released a demo version of their most popular song, “Inside Out” which was off the album They Want My Soul from 2014. The original version of the song is 5 minutes however the demo is just shy under 2 minutes, so it is not the complete song. To a random listener, they may be underwhelme
0 views0 comments

Album: Real Life Artist: Cayucas Genre: #Alternative Sub-Genres: #SurfRock Label: Park The Van Non-Airable Tracks: NONE Description: The album was a bit underwhelming to me. When I listen to surf rock I am expecting a bright and happy sound, however the vocals all felt a little too bland and dull. The overall production sound could have had a brighter beat. The vocals on “Melrose Place” seem too strained and a little depressing for someone who says they are falling in love. I
0 views0 comments

Why Hasn’t Everything Already Disappeared? by Deerhunter Review

Album: Why Hasn’t Everything Already Disappeared? Artist: Deerhunter Genre: #Alternative #Indie Sub-Genres: #IndieRock, #psychpop, #experimentalrock Label: 4AD Non-Airable Tracks: None Description: “Why Hasn’t Everything Already Disappeared?” is an experimental, creative rock album that aptly balances variance in sounds between songs with coherence as a unified record. The songs combine a variety of instruments from synth to electric guitar to what sounds like a marimba, blen
0 views0 comments

Album: Albatross Artist: Farenheist Genre: #Alt Sub-Genres: #IndieRock, #IndiePop Label: Self-Released Non-Airable Tracks: #1 (Chalk It Up), #5 (Shineback) Description: Albatross, released September 27, 2018, is the latest release from Seattle-based quartet Farenheist. The group formed in 2016 while at Vassar College in New York, and since they have been expanding their reach as artists and exploring their sound. Overall, this record has a very upbeat, poppy vibe to it. The g
4 views0 comments